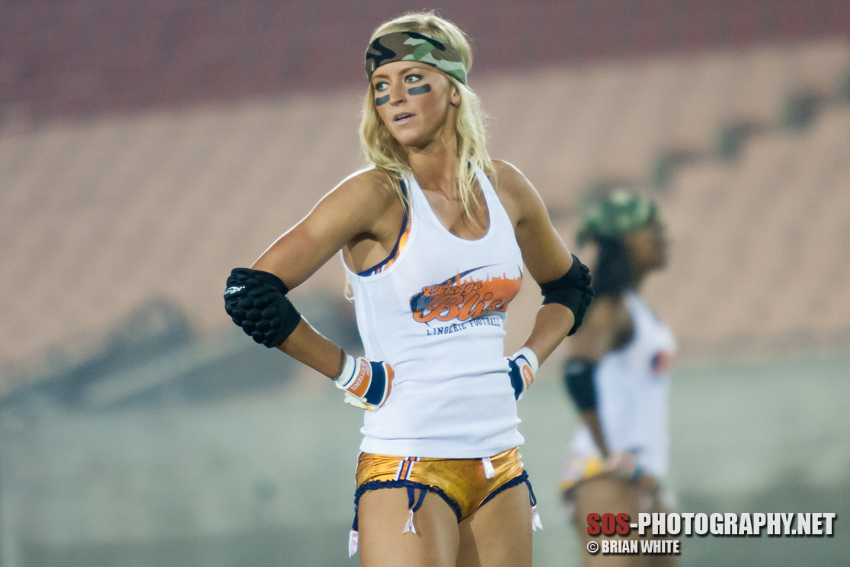 Before she became known as WWE Diva Summer Rae, Danielle Moinet played cornerback for the Lingerie Football League’s Chicago Bliss. The league changed its name to the Legends Football League in 2013.

Here are a few photos of Danielle in action at a 2011 game against the Los Angeles Temptation at the L.A. Coliseum. The transition from football to wrestling was obviously a natural one for her. She definitely wasn’t afraid to clothesline an opposing player. 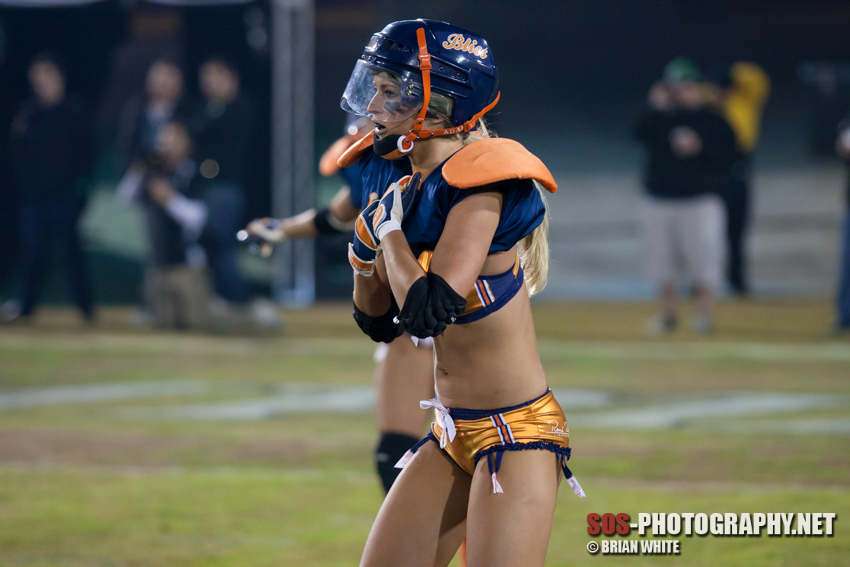 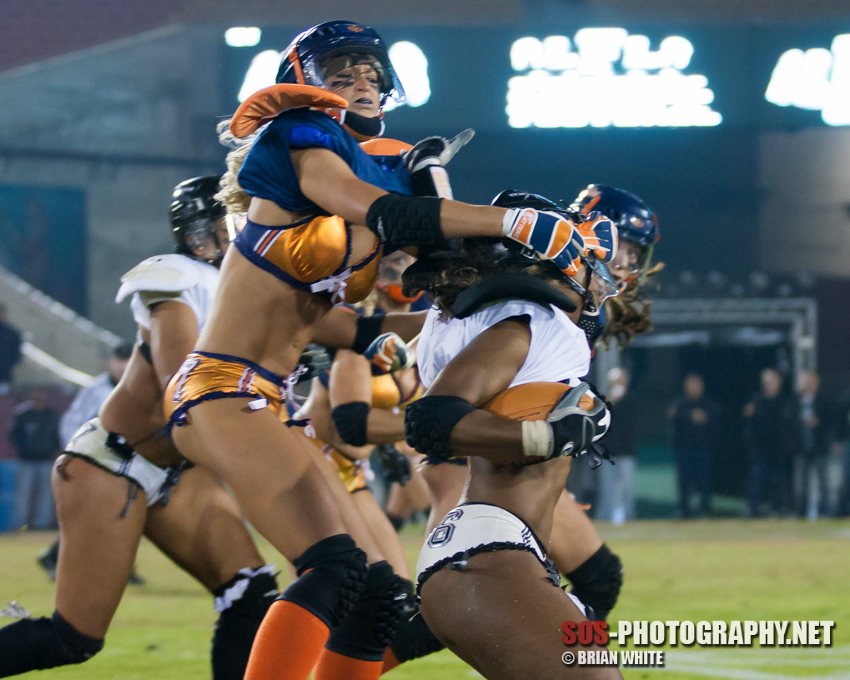 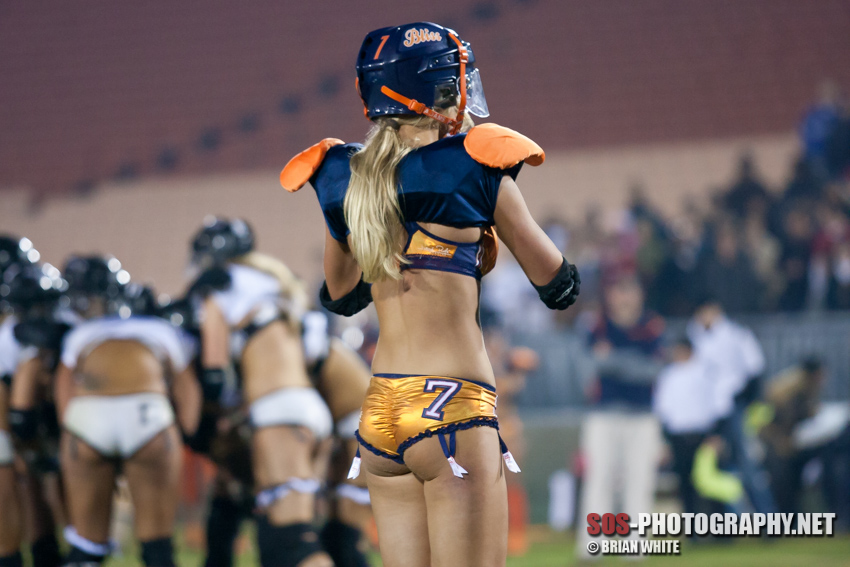 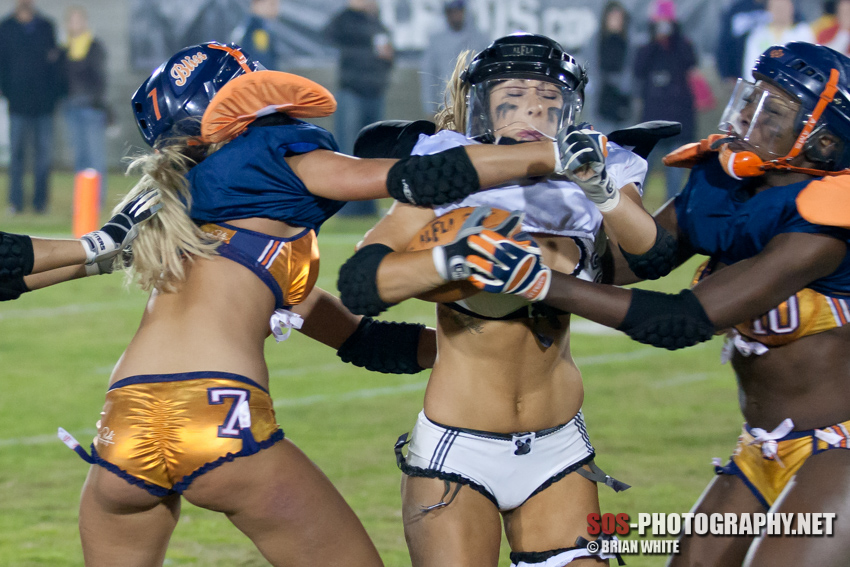 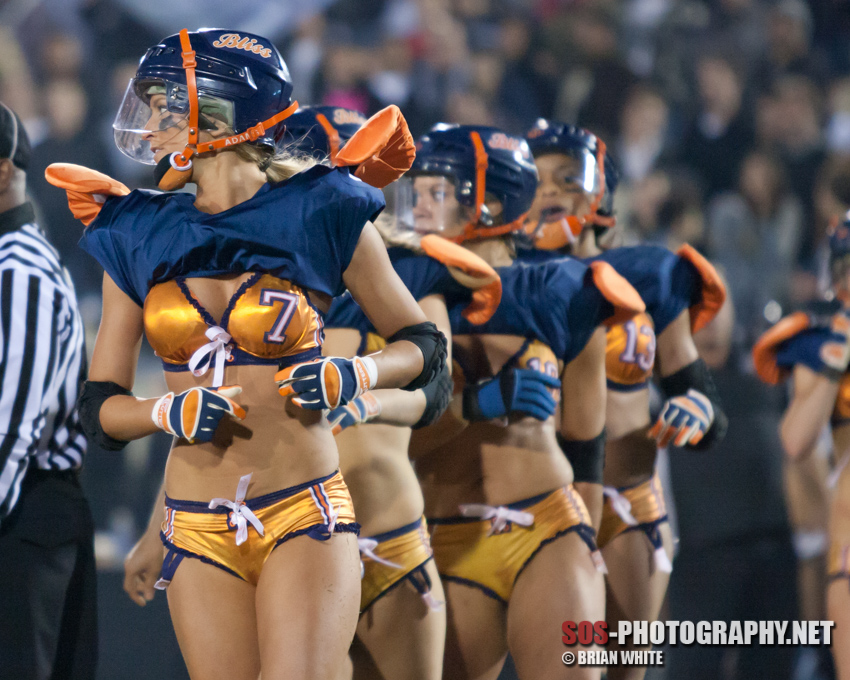 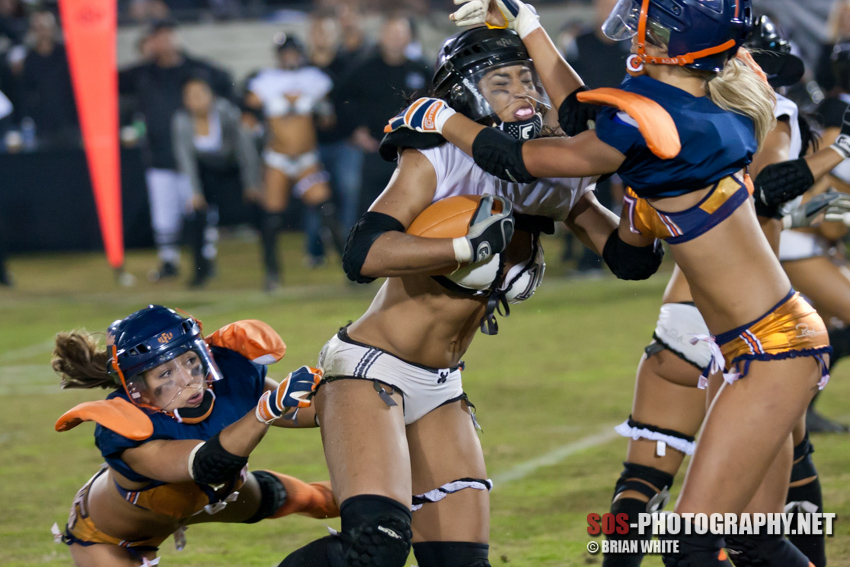 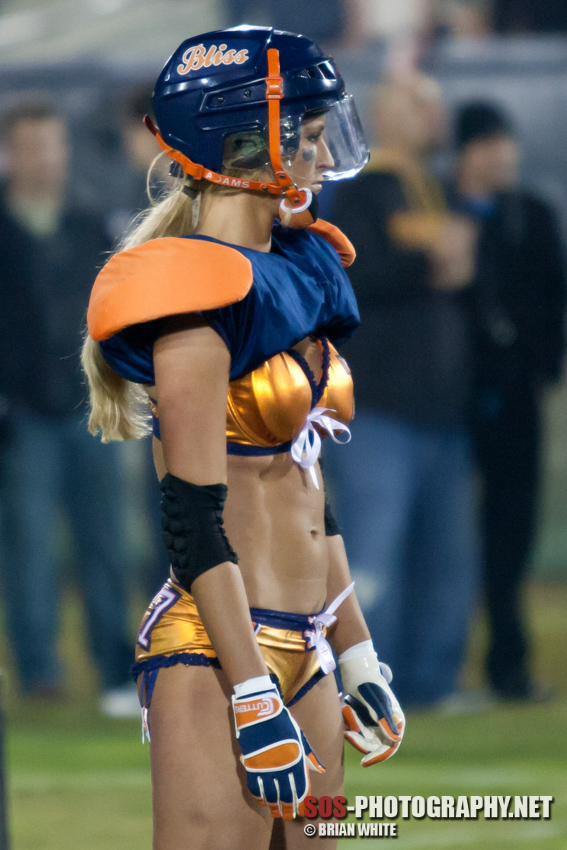 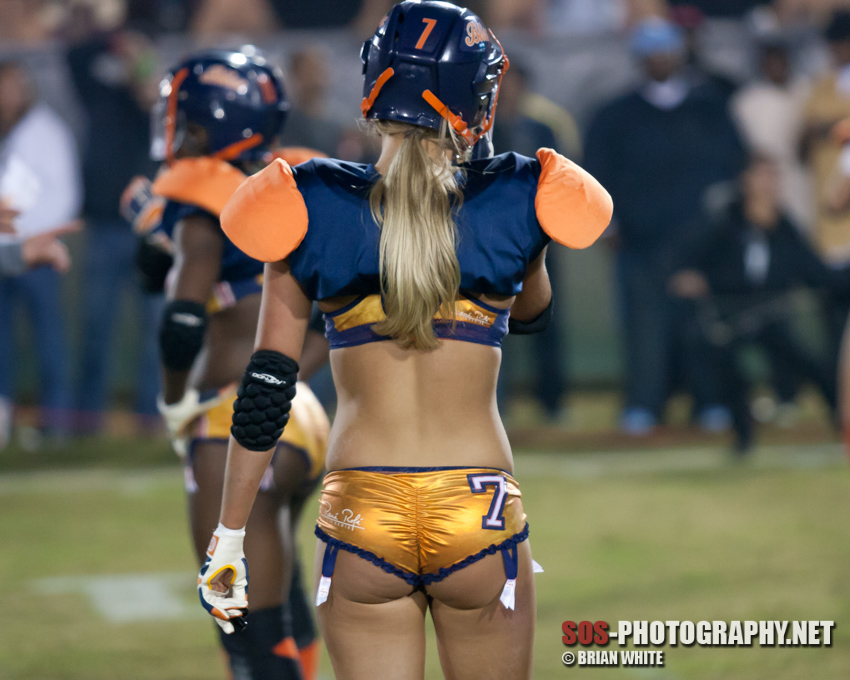