Last Saturday, the Extreme Football League’s Los Angeles Black Storm held open tryouts for the 2020 season. Over 20 athletes competed for a chance to play in the newly-branded X League, a women’s 7-on-7 tackle football league, formerly known as the Legends Football League (and Lingerie Football League prior to that). 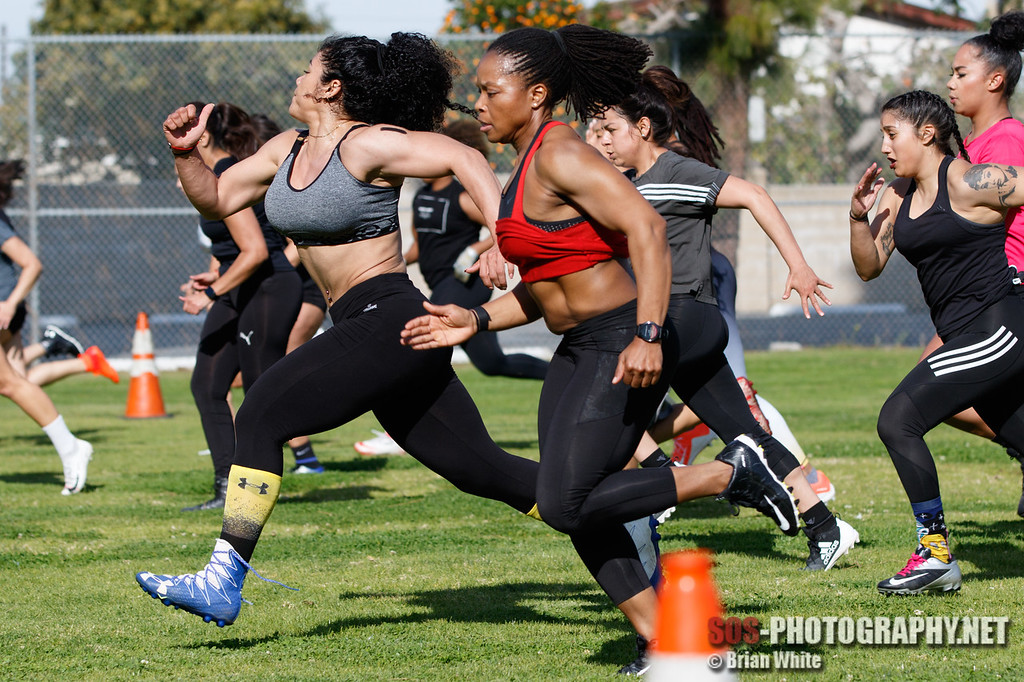 During the three-hour tryout, athletes were tested through various football drills such as catching, running, speed, eye/hand coordination, quickness, aggression and instinct. Veterans from last year’s Los Angeles Temptation squad came out to share their knowledge of the sport and lend support.

To view the complete image gallery with over 200 photos, visit https://photos.sos-photography.net/Sports/Football/Los-Angeles-Black-Storm-Tryouts-1182020/

The Extreme Football League 2020 season kicks off on Saturday, April 11. The Seattle Thunder face the Austin Sound at the H-E-B Center in Austin, TX.